"Throughout history, the leaders of countries have been very particular of what songs should be sung. We know the power of songs."
- Pete Seeger

Pete Seeger was born in New York City on May 3, 1919. He grew up in an environment full of music and aggressive left-wing politics. His father Charles Seeger was one of the great figures of American musicology and ethnomusicology, an enthusiastic scholar of folk music and a proselyte for what he called "Proleterian Music". He was also constantly enmeshed in controversy because of his leftist political views. Charles Seeger's second wife, Pete Seeger's stepmother, was the important avant-garde composer and compiler of folk songs Ruth Crawford Seeger. His half-brother Mike Seeger and half-sister Peggy Seeger also became distinguished folk musicians.

Pete Seeger attended Harvard College for two years, where he studied sociology, but he dropped out in 1938. For the next two years he explored the world of folk music, meeting musicians like Huddie “Lead Belly” Ledbetter and Woody Guthrie, and in 1940 he and Guthrie, along with Lee Hays, Sonny Terry and Brownie McGhee, founded the Almanac Singers.

In 1949, he joined with Lee Hays, Ronnie Gilbert, and Fred Hellerman to form The Weavers, one of the most successful and influential folk music groups ever. The Weavers had hit recordings with the traditional song "On Top Of Old Smoky" and with Lead Belly's "Goodnight, Irene", but their left wing politics quickly became a point of controversy. Seeger had joined the Communist Party in 1942 and remained a member until around 1950, and in the fierce political climate that started in the late 1940s, he became increasingly under attack. Soon the Weavers became blacklisted and in 1955 Pete Seeger was called before the House Un-American Activities Committee (HUAC).

In the following year he wrote "Where Have All The Flowers Gone" and was indicted for contempt of Congress. In 1961 he was found guilty and sentenced to ten years in prison, but on appeal his case was dismissed on a technicality.

Pete Seeger has always been a socially conscious songwriter. Inspired by the movement, Seeger wrote “We Shall Overcome”, based on an old spiritual. The song quickly became the anthem of the movement. Since the end of the 1960s, Seeger has been increasingly involved in the environment movement, another source of inspiration. 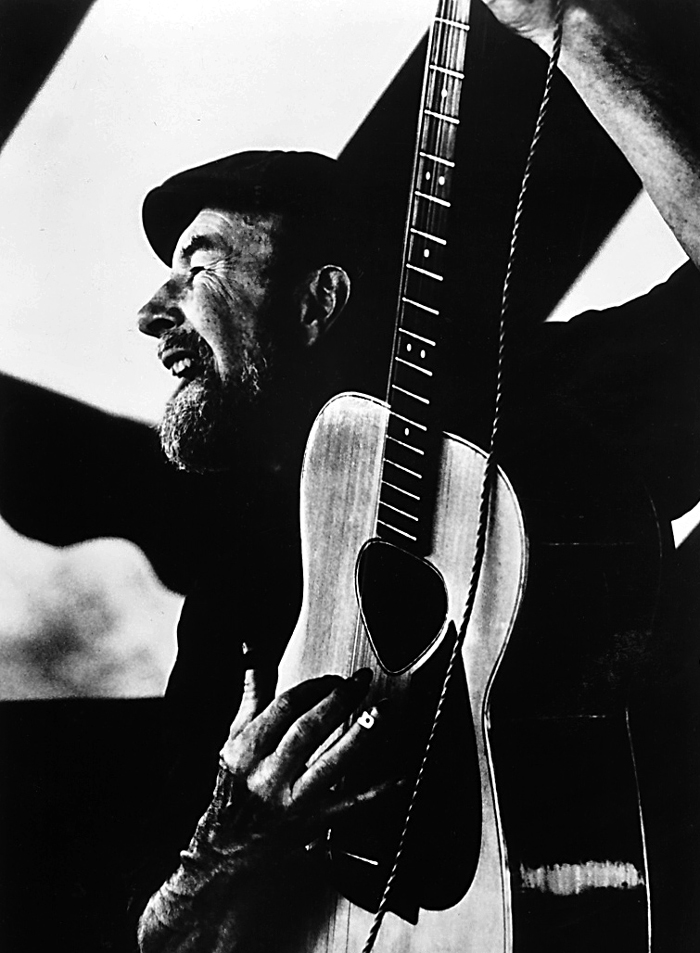